Mrs. Holmes received her associate's degree from Mississippi Gulf Coast Community College and was a member of the 1999-2000 MGCCC Women's South State and State Championship Basketball team. She received her bachelor's degree in Special Education from the University of Southern Mississippi and obtained her master's in Educational Leadership from Arkansas State University. In 2021, Mrs. Holmes was named Jackson County School District Administrator of the Year for Vancleave Attendance Center. Mrs. Holmes is also a member of the Vancleave Kiwanis, where she currently holds the position of President-Elect, and in 2021 was awarded Kiwanis Rookie of the Year.

Mrs. Holmes previously served four years as the Lead Assistant Principal at Pascagoula High School. Prior to her time in Pascagoula, Mrs. Holmes was a teacher and coach at Vancleave High School for nine years. She served as an attendance administrator, special education teacher, history teacher, cheerleading sponsor and Head Girls Basketball Coach. She led her basketball teams to the state playoffs all but one of nine years, winning back-to-back district championships in 2010 and 2011. Mrs. Holmes was named the Division 7-5A Coach of the Year in 2010.

​The 2021-2022 school year will mark her 19th year in education, and her 9th year in administration. Mrs. Holmes feels it is an honor to serve as the principal of Vancleave High School, as being an educator is her life long passion. 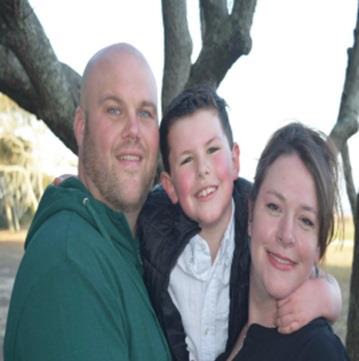 Bailey Cuevas is a graduate of St. Martibn High School.  He attended MGCCC and graduated from the University of Mississippi with a degree in Secondary Education.  He graduted from William Carey University with a Master's degree in Educational Leadership.

Mr.Cuevas has been a teacher for thirteen years and has taught World History, Mississippi Studies, STEM, Tech Discovery, and Freshman Seminar.  He has also coached football, powerlifting, and track.  He has been married to the lovely Sumer Cuevas for thirteen years.  Their son is eleven years old and will be in sixth grade next year.  He is excited to be a member of the Vancleave High School family.

You can add a copyright statement or legal disclaimer in this area if necessary
Copyright © 2002-2022 Blackboard, Inc. All rights reserved.