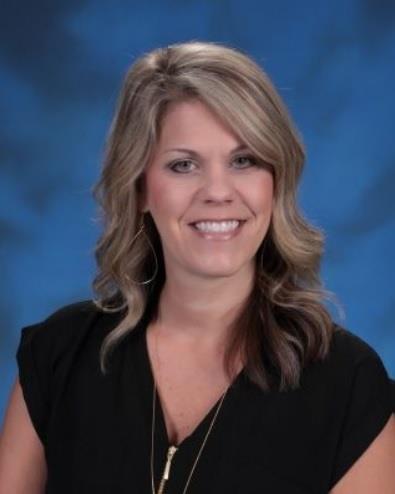 Mrs. Raina Holmes is beginning her second year as the Principal at Vancleave High School, after serving two years as Assistant Principal. Mrs. Holmes is a graduate of Vancleave High School and a lifelong resident of Vancleave. She is married to Roman Holmes and they have two daughters, Mary Claire and Lily, who currently attend Vancleave schools. She is thrilled to serve as a leader in the school and community in which she was born and raised.

Mrs. Holmes previously served as the Lead Assistant Principal at Pascagoula High School for four years. Prior to her time in Pascagoula, Mrs. Holmes was a teacher and coach at Vancleave High School for nine years. She served as a special education teacher, history teacher, cheerleading sponsor and Head Girls Basketball Coach. She took her basketball teams to the state playoffs all but one of nine years, winning back to back district championships in 2010 and 2011. She was named the Division 7-5A Coach of the Year in 2010.

​Mrs. Holmes received her associate's degree from Mississippi Gulf Coast Community College and was a member of the 1999-2000 MGCCC Women's South State and State Championship Basketball team. She received her bachelor's degree in Special Education from the University of Southern Mississippi and obtained her master's in Educational Leadership from Arkansas State University. The 2019-2020 school year will mark her 17th year in education.

Mr. Dean Lepoma is beginning his second year at Vancleave High School as Assistant Principal.  Mr. Lepoma is a graduate of St. Martin High School and has lived in the Ocean Springs/Biloxi area his whole life.  He has been married to his wife Connie Lepoma for 33 years.  Mr. Lepoma previously served as Assistant Principal at St. Martin Middle School for seven years.  Prior to that time, he was a history and physical education teacher at St. Martin Middle School and coached football, soccer, and softball in his 15 years there.  He is very excited and proud to be part of Vancleave schools.

You can add a copyright statement or legal disclaimer in this area if necessary
Copyright © 2002-2020 Blackboard, Inc. All rights reserved.